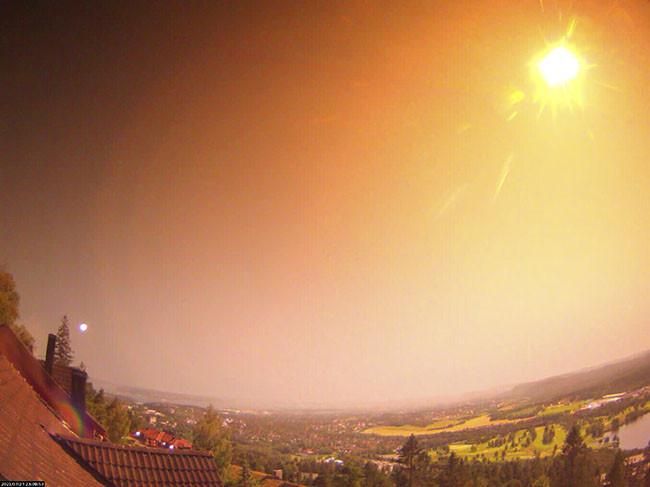 Norwegian experts say an unusually large meteor has been seen over parts of southern Scandinavia and illuminated southeast Norway with a powerful flash of light for a few seconds as many observers were reported to also hear a roaring sound afterwards.

The Norwegian Meteor Network said that it had analysed and reviewed several videos of the event on Sunday and said the meteor first appeared about 90km north of the capital Oslo and continued its trail in a southwest direction before fragmenting in several flashes of light.

"The meteor appeared at 1.08am on the night of July 25 and was visible for approximately for five seconds," the network said, which had posted a video on the phenomenon on its Twitter site.

NEW ☄️ An “unusually large” meteor illuminated the night sky over Norway — at least some of it came rumbling down near capital Oslo pic.twitter.com/mOyVLezpkr

Sightings of meteors - space rocks that burn brightly after entering the earth's atmosphere at high speed - aren't uncommon over Norway and the Norwegian Meteor Network has a number of cameras continuously monitoring the sky.

A meteor that survives passage to the ground is known as a meteorite.

Preliminary data suggested a meteorite may have hit earth in a large forested area, Finnemarka, not far from Oslo, the Norwegian Meteor Network said.