New coronavirus outbreak spreads in China - A new virus outbreak in the city of Wuhan has spread to other parts of China, with ...
China coronavirus death toll rises to six - The death toll from the new coronavirus outbreak has risen to six in China's centr ...
Two nights without power after Syd storms - Thousands of Sydneysiders face another night without power after severe thundersto ...
Welfare concern - Police are concerned for the welfare of Marcelle Maroni who became separated fro ...
Brisbane man tested for mystery virus - A Brisbane man who recently returned from China is being tested to check whether h ...
Victoria braces for a new weather spin - Victoria is bracing for severe fire danger after two stormy days brought rain to f ...
Is it time for Australia to do a Megxit? - Is it time for Australia to do a "Megxit" and break away from the Britis ...
Video streaming outpaces phone use: report - It could be time to call mum, with a new report finding we're spending more time b ...
Climate change poses financial crisis risk - The world's central banks have been told they must take responsibility for climate ...
Coronavirus: origins, action, symptoms - CORONAVIRUSORIGINS AND SPREAD* The World Health Organisation began responding to c ... 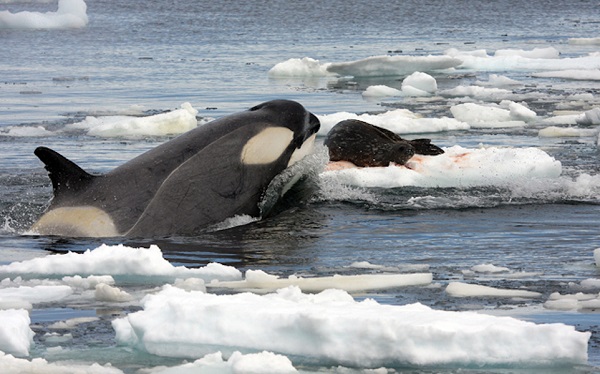 The potential presence of Type B killer whales swimming at the mouth of the Tamar River is proving a tantalising mystery.

That sub-species has never ever been officially documented anywhere off the East Coast of Australia.

Dean Hodgetts took video from his boat on Sunday near Low Head, not realising how special the footage would become.

"We saw the spray and I thought it was dolphins or seals to start with, thinking they were feeding on salmon, so we raced up there to try and catch a few and they disappeared, as we were just cruising along they popped up alongside us, they were motoring along at probably about 10 kilometres an hour and the size of them was immense."

Type B killer whales would normally be confined to Antarctic waters feeding on seals at this time of year.