More medicines added to PBS: Hunt - The Morrison government is investing more than $86 million over the next four year ...
Tigers secure AFL dynasty with third flag - Richmond have staked a claim to being the greatest AFL team of the 21st century an ...
Storm legend remains torn over playing on - All the numbers point to Melbourne Storm great Cameron Smith playing on - except o ...
Penrith cash in on defence coach Ciraldo - Bonding, banter and brutal training sessions have turned Penrith's dodgy defence i ...
US virus deaths 'could hit 500,000' by Feb - The US death toll from COVID-19 could surpass 500,000 by February unless nearly al ...
Horror road stats laid bare - Tasmania has the highest per-capita road toll of any state over the past 12 mont ...
McLaughlin, Penske announce Supercars exit - Supercars champion Scott McLaughlin's exit from the Australian championship to pur ...
No new NSW local cases, restrictions ease - NSW has recorded no new locally acquired cases of COVID-19 as more people are perm ...
Push for ban on hunting kangaroos in NSW - On the first World Kangaroo Day wildlife advocates are pushing for a NSW ban on co ...
Pope met Australia envoy 'who had virus' - Pope Francis has been warned of potential exposure to COVID-19 after a Vatican dip ... The Spirit of Tasmania's first appearance off Geelong on Sunday has been greeted enthusiastically.

The Port of Melbourne's crowded schedule and rising fees saw TT-Line decide to shift it's Victorian terminal to Geelong from late next year.

One of the ferries has had its maiden cruise into Corio Bay as a familiarisation exercise for the captains.

Its majestic and looming presence captivating plenty of onlookers, eager to watch from the city's many waterfront vantage points.

Part of the trial trip involved berthing at Corio Quay where a new 12 hectare terminal will be constructed next year. 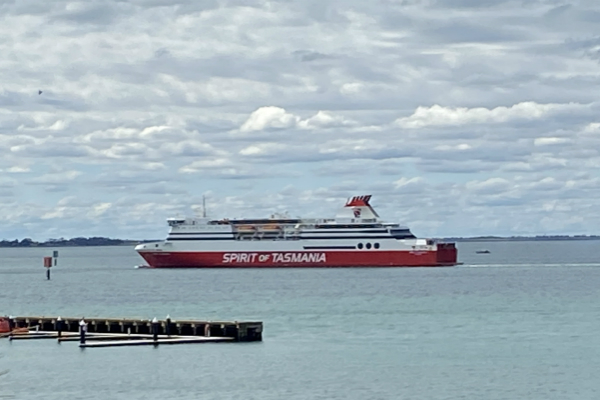