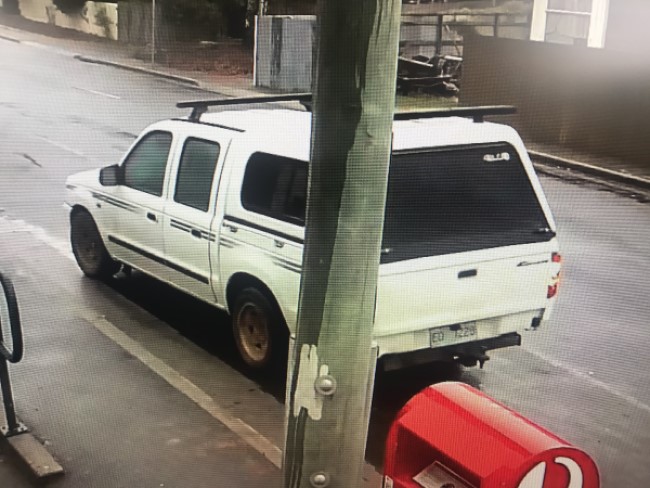 Launceston police have found the white Ford Courier utility wanted in connection to an armed robbery at the St Leonards supermarket on the weekend.

They say it will now be subject to forensic testing, and have thanked the public for helping to track down the vehicle.

Two men used guns in the hold up at the St Leonards Supermarket and Newsagency at around 4pm on Saturday afternoon, demanding a male staff member hand over cash and cigarettes, before fleeing.

No one was physically hurt during the robbery.

It's the second time in less than a year that the Launceston business has been targeted by thieves.

The men wanted over the latest robbery are described as being of medium build and height, and were wearing masks, gloves, and caps.

Anyone who witnessed the incident, or may have any information that will help police in their investigation, is urged to contact the Launceston Criminal Investigation Branch on 6777 3911 or Crime Stoppers on 1800 333 000.