Newhart gets Racehorse of the Year honours 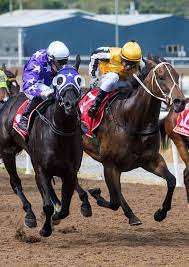 Devonport Cup winner Newhart has been named Tasmanian Racehorse of the Year.

Spreyton trainer Michael Trinder was also inducted into the Tasmanian Racing Hall of Fame at the Tasmanian Thoroughbred Awards, along with former jockey Kevin Ring.

Trinder will now set the mare for the $1 million Empire Rose Stakes on October 30.