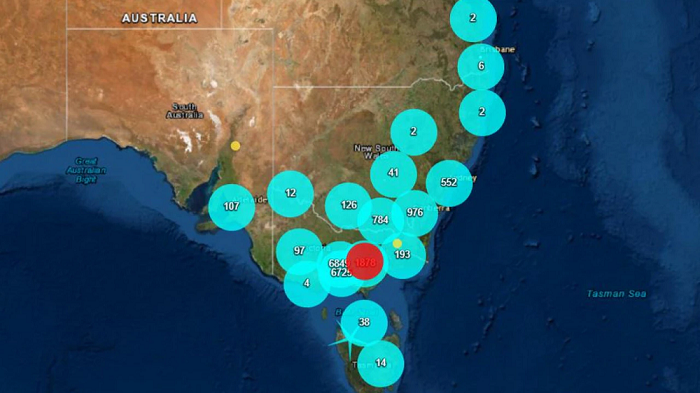 The magnitude 5.8 tremor was centered on Mansfield, around 180 kilometres northwest of Melbourne at 9:15am, before a few smaller aftershocks.

There's been damage to buildings in Victoria and many apartment dwellers were evcuated, but no reports of serious injury so far.

NSW residents as far north as Newcastle felt the earthquake, as did Canberrans and South Australians.

South of Bass Strait, a number of people called into Tasmania Talks to explain their experiences.

"I was sitting on the phone talking to my sister and I just got off the phone and I thought, 'oh I feel a bit dizzy...a bit shaky'. I thought, 'why am I shaking?' And I went to get out of the car and it stopped," Anne from Burnie said.

"Well I was sitting at my computer just doing some photo things, and I feel this vibration. The only way I can describe it is when you're at Invermay and the trucks go up and down the road causing the ground to shake," South Launceston resident Sharon said.

Nick in Queenstown on Tasmania's west coast says he's been sensing something odd for a few days now.

"The last couple of days I've definitely felt a bit of a shift. I thought it was in my head. A mate was over at my place and I could feel it. He said 'Have I got vertigo or can I feel the house moving a little bit?'and I thought the same thing at the same time. And then the following day I was feeling it too."

On that occasion, the 5.6 magnitude tremor was centered in the state's north east.