Head of Qld corruption watchdog resigns - Queensland Crime and Corruption Commission chairperson Alan MacSporran has resigne ...
Swimmer search in Launceston - (Picture from Tasmania Police Facebook page) A large police presence has formed ...
'Criminal actions' led to stuntman's death - A stuntman filming an underground poker game scene for a hip-hop song was shot dea ...
Indigenous advocates welcome freed flag - Members of the Indigenous community and advocates have welcomed a historic deal tr ...
Potential rate rise to add to virus woes - Australian consumers and businesses, already hit by the rapid spread of the Omicro ...
NSW girl Charlise Mutten was shot dead - Nine-year-old Charlise Mutten was shot dead before her body was dumped in a barrel ...
Cause of 36 year-old's death unclear - may not have been COVID - The death of a 36 year-old woman in the North-West at the weekend has been refer ...
Poppy harvesting underway - North-West motorists are being reminded to be on the lookout for poppy harvestin ...
Thunder signs US import, plus two Jack Jumpers - The St Lukes Health North West Thunder has announced the signing of a new import ...
Grace Tame's awkward meeting with Morrison - Outgoing Australian of the Year Grace Tame and Prime Minister Scott Morrison have ...

Government backs down on Leith Overpass 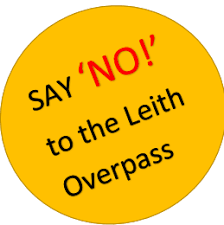 The State Government has abandoned its controversial plan for a Bass Highway overpass at Leith, which if it went ahead, would see some residents losing their homes.

Infrastructure Minister Michael Ferguson says the Government has responded to community feedback and will instead pursue other upgrade options to provide safer access to the Bass Highway from XShort Street and Braddons Lookout Road.

Mr Ferguson says the new design features structural separation of traffic turning right at the intersections and widening part of the highway to improve visibility for vehicles turning right both on and off the highway.

While no cost or timeframe has been announced, details have been posted on the transport.tas.gov.au website.